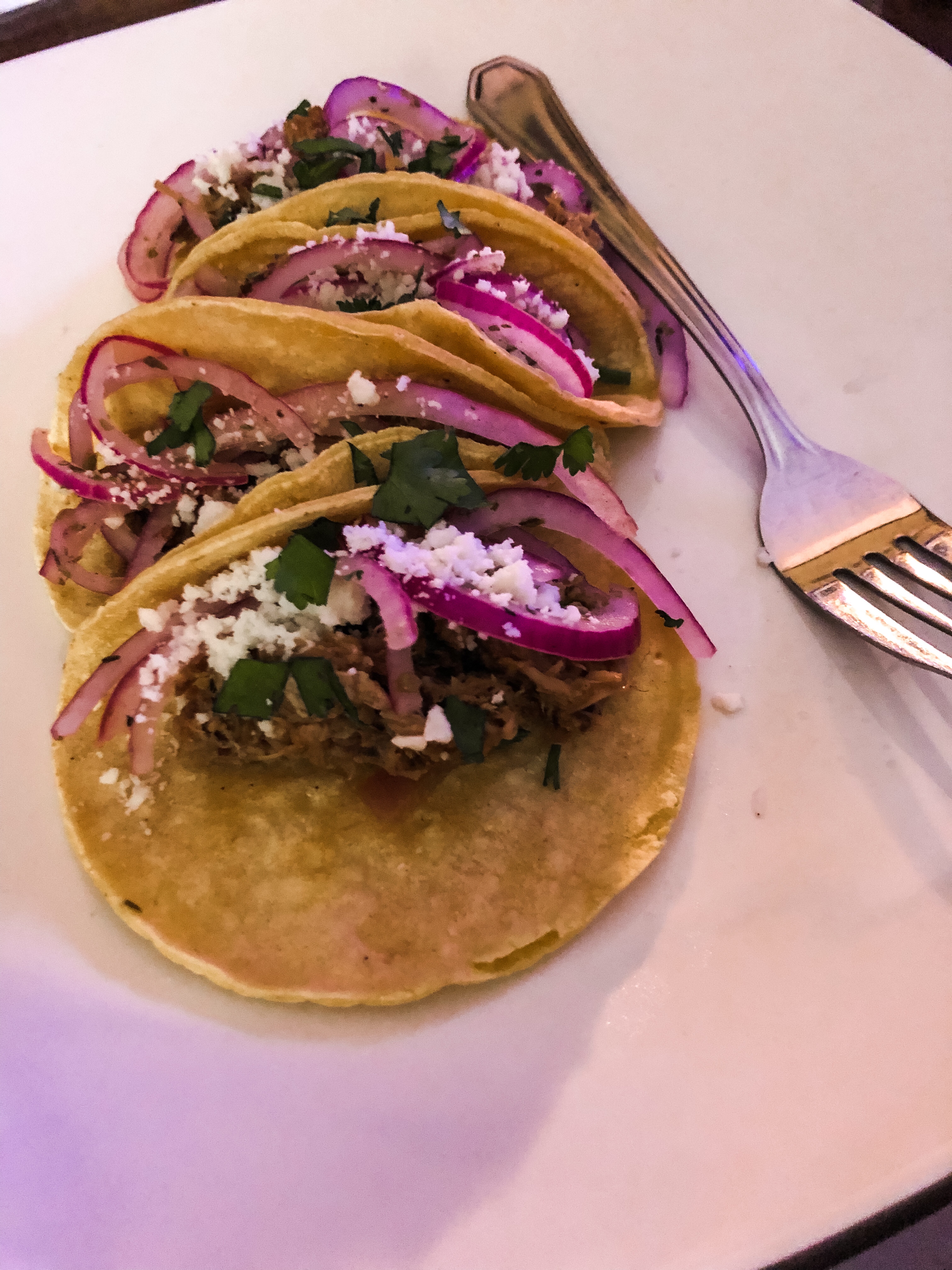 We love to make tacos and tostadas at our house. Mexican food is frequently served during busy weeknights but these Cochinita Pibil tacos are perfect for a Sunday Supper. The flavors of this dish are inspired by the Mexican state of Yucatán on the Gulf of Mexico. Cochinita Pibil, is traditionally suckling pig that has been marinated in the juice of sour oranges, wrapped in banana leaves and slow-roasted in an underground pit (pib). Well, I don’t have an underground pit for cooking and I’ve never seen sour oranges at my local market but these tacos are SO good. This meal is super flavorful and it makes a lot so you can freeze some meat for later. It does take about 4ish hours of prep/cook time from start to finish so plan accordingly. Mostly hands off though!

This recipe is adapted from Milk Street. Find the original here.

Note: I could not find achiote paste at my local market or bodega, so I made my own. Combine ¼ cup sweet paprika, 1½ teaspoons ground cumin, ½ teaspoon granulated garlic, ½ teaspoon dried oregano, ¼ teaspoon kosher salt and 3 tablespoons white vinegar to form a stiff paste. You will not need to grate this, just add it in as is.

Pickled Red Onions– 1 cup white vinegar, 2 teaspoons white sugar, 1 teaspoon dried oregano, ¼ teaspoon ground allspice, Kosher salt, 2 medium red onions, halved and thinly sliced. In a medium bowl or pint-size jar, combine all ingredients except the onions, mix/shake to combine. Add the onions, pressing to submerge them in the vinegar mixture. Cover and refrigerate for at least 2 hours or up to 3 days

You can serve these with some rice and beans or just by themselves. A spicy margarita wouldn’t be bad either. 🙂