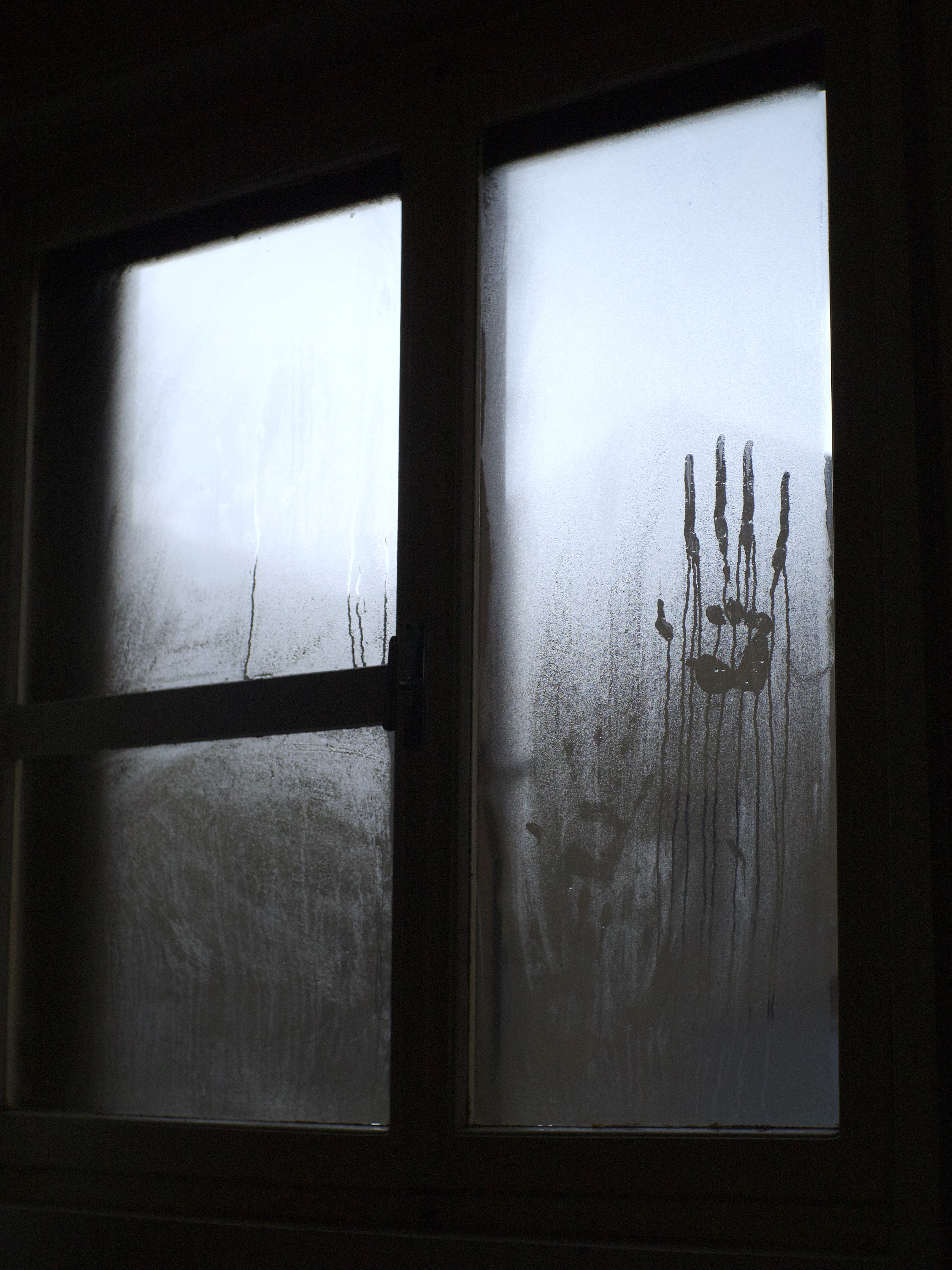 What to Watch This Spooky Season

I love October. I love the cooler weather, the fall decorations, pumpkins everywhere and spooky movies. Scary/spooky movies are my jam year round but this time of year they definitely put me in a festive mood. Here are some of my favorites and don’t worry there are plenty of not-so-scary ones too!

Get Into The Halloween Spirit (not so scary)

Casper – “Can I keep you?” Casper is a kind young ghost who peacefully haunts a mansion in Maine. Teenage Kat moves into the mansion with her father and befriends Casper.

Edward Scissorhands – A scientist dies before he can finish his greatest invention, a gentle animated human named Edward. Edward is left stranded in a castle on top of a hill with metal scissors as hands until one day he is discovered by a local Avon lady. She welcomes him into her home and their community but he does have scissors for hands so he eventually becomes an outcast. If you’re looking for a Halloween movie that may make you cry, this is the one for you.

Hocus Pocus (1 & 2) Three witches return 300 years after being hung for their spellwork in 17th-century Salem, Massachusetts. To hold onto immortality, they have to take the life of a child. Don’t worry though, the three kids who accidentally resurrected them will do all they can to stop the witches.

Teen Witch – “Supersonic, idiotic, disconnected, not respected who would ever really wanna go and top that?” IYKYK High schooler Louise Miller is not the coolest kid in town. She learns from psychic Madame Serena that she has magical abilities that will begin working on her 16th birthday. When the prophecy proves true, the teenager uses her new powers to help her gain popularity.

Ghostbusters (1, 2 and Afterlife) Who you gonna call? Ghostbusters! Egon, Ray, Peter and Winston have a New York ghost-busting business to rid Manhattan of all its ghosts and ghouls. They soon find themselves investigating the possession of a woman who Peter was planning on going on a date with. I haven’t seen the lady ghostbusters but really liked the most recent Afterlife.

The Nightmare Before Christmas – Jack Skellington has become bored with Halloween Town’s namesake holiday, which the townspeople prepare all year for. When he accidentally finds himself in Christmas Town, he decides to take over the holiday and kidnap Santa. He doesn’t get the holiday quite right though.

Practical Magic -Two sisters, Sally and Gillian Owens, come from a magical family but have always refrained from using their powers.That changes when all the men they’ve ever loved in life die due to a curse, and a local detective grows suspicious of them.

Clue– Six blackmail victims are invited to an isolated mansion by a man who knows a dark secret from each of their pasts. Upon arrival, each guest is given a pseudonym before being introduced to the blackmailer. Each guest is also handed a weapon. When the lights are switched off, the blackmailer is killed. Can the guests uncover the murderer before they all become victims?

The Worst Witch (1986)- This was one of my absolute favorites as a kid. A clumsy new student (Fairuza Balk who is also in The Craft) blunders along at Miss Cackle’s International Academy for Witches. She can’t seem to do anything right and is picked on by classmates and teachers. Tim Curry even makes an appearance as the Grand Wizard. It’s such a cute movie.

Little Shop of Horrors – A floral shop worker (Seymor) finds that his beloved Venus flytrap, needs human blood to blossom after a solar eclipse. It’s a great musical with scary bits mixed in.

The Craft– Think Mean Girls but witchy. A new girl at a Catholic high school falls in with a trio of outcast teenage girls. Turns out they like to practice witchcraft, and they soon conjure up various spells and curses against those who even slightly anger them. Don’t mess with teenage girls, especially witchy ones.

Beetlejuice– After dying in a car crash, the ghosts of Adam and Barbara Maitland are informed that they have to remain in their house for 150 years. This is no problem until a family that they cannot stand moves in. They hire a freelance bio exorcist named Beetlejuice to scare them away but it doesn’t work as planned.

The Witches (1990) While staying at a hotel in England with his grandmother, young Luke inadvertently spies on a convention of witches. The Grand High Witch reveals a plan to turn all children into mice through a magical formula.

Coraline – While exploring her new home, a girl named Coraline discovers a secret door. Behind it lies an alternate world that closely mirrors her own but, in many ways, is better. Remember though, the grass is not always greener. (Andrew is totally creeped out by this movie, that’s why it’s under this category)

The Conjuring – The Perron family moves into a creepy looking house in Rhode Island (which should have been a red flag that it was haunted). When strange things begin happening to them they call in some experts for help. This is also based on a true story, so it adds to the creepy factor.

The Grudge – A family moves into a house that has been the site of supernatural occurrences in the past, and it isn’t long before their new home begins terrorizing them as well. It turns out that the house is the site of a curse that lingers in a specific place and claims the lives of anyone that comes near.

IT-Middle schoolers in Derry, Maine face a shape shifting evil clown named Pennywise that emerges from the sewer every 27 years to prey on the town’s children. They band together in an attempt to save a little boy named Georgie that fell victim to Pennywise. If you think clowns are creepy this will definitely scare you!

The Ring –  Watch a videotape filled with nightmarish images and you will receive a phone call foretelling the viewer’s death in exactly seven days.

The Amityville Horror (The Ryan Reynolds one )When George Lutz and his wife, Kathy find a beautiful new house in the small town of Amityville, N.Y., they think the place is too good to be true. After they move in with their kids, they find out the cheap price tag is thanks to a tragedy that occurred there. The former tenant murdered his family after supposedly being possessed by the devil.

Us– A family’s vacation is turned upside down when a group of doppelgängers suddenly attacks them with mysterious motives.

Scream (1 & 2) The first installment of this franchise is by far the best and frightened me and my friends so much that we walked out of the theater after the first scene. A Ghostface killer starts gruesomely killing teens who live in a small town. A girl and her friends set out to find him, but not everyone survives.

Rosemary’s Baby – A young wife comes to suspect that her elderly neighbors are members of a Satanic cult, and are grooming her in order to use her baby for their rituals.

Poltergeist– The Freeling family is enjoying a quiet suburban life in California until a series of inexplicable things start happening. Initially friendly and playful, the spirits turn unexpectedly menacing, threatening their entire existence.

The Exorcist– This horror favorite follows the demonic possession of a young girl, and her mother’s attempts to save her through…exorcisms.

Halloween– Michael Meyers was institutionalized after he killed his brother and sister when he was little. When he grows up, he escapes and starts stalking someone. This movie always makes me jump.

The Omen(1976)- An American diplomat named Robert, adopts Damien when his wife, delivers a stillborn child. After Damien’s first nanny hangs herself, a priest warns that Damien will kill again. After looking into Damien’s background Robert realizes his adopted son may be the Antichrist.

The Rocky Horror Picture Show – This musical/horror film is a must watch. A couple is stranded in a castle overnight with a bunch of eccentric, wild characters.

I hope you are enjoying this spooky season! What are your favorite movies to watch this time of year?