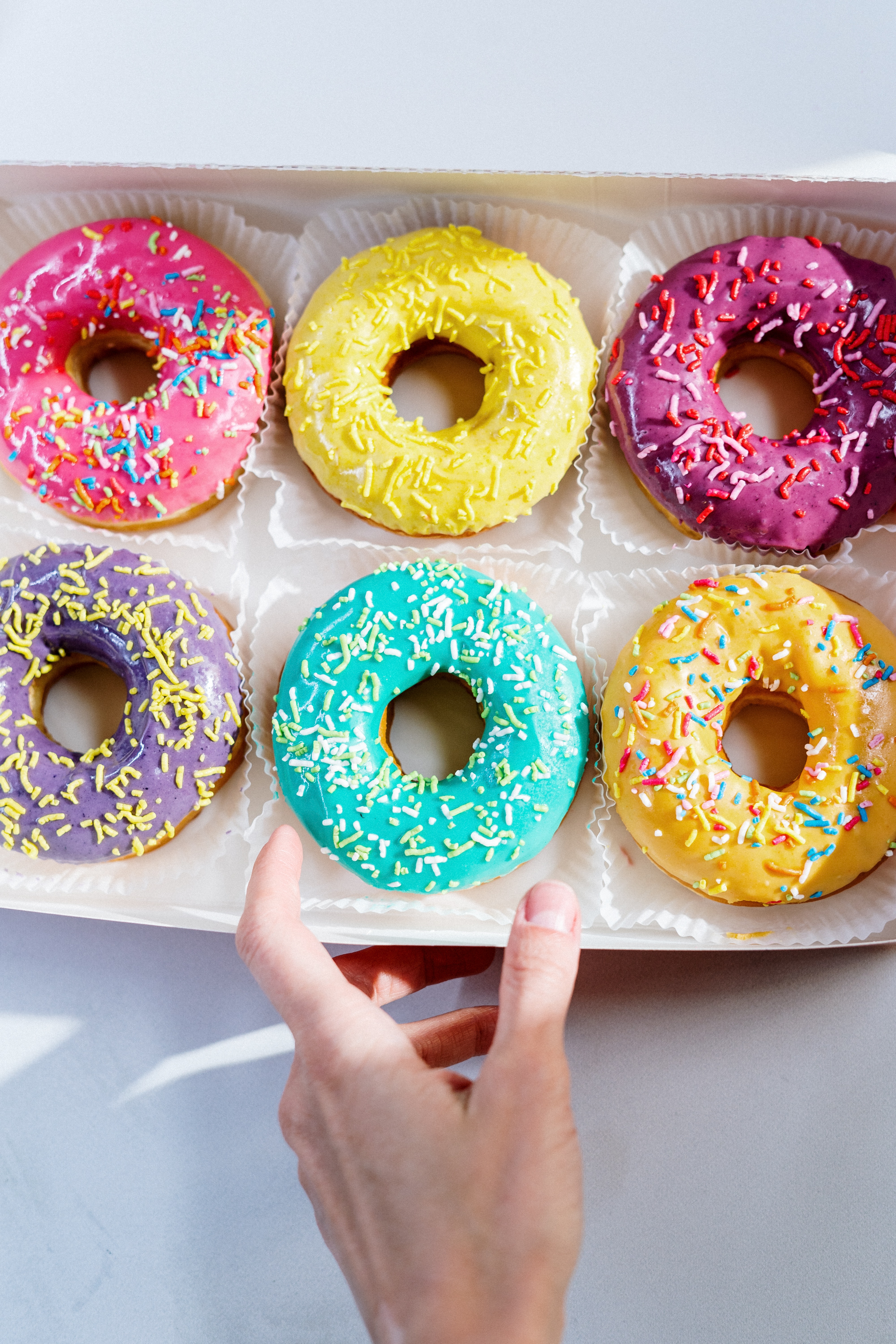 My dad LOVES donuts. He likes them so much that instead of cake we’ve had donut towers for his birthday. When I was little, many Sunday mornings would include warm donuts fresh from our local bakery. The simplicity of a warm donut with cinnamon and sugar sprinkled on top is just so damn delicious. As an adult I still love a good donut, maybe not as much as my dad but he’s on another level. Here are my favorite donut places in my lovely home state of Maine.

This was the local bakery that the Sunday donuts would come from. This is such a comforting bakery with a vintage vibe and classic pastry menu. They carry a variety of flavors from my favorite cinnamon/sugar to chocolate glazed. In the fall they also have seasonal flavors like pumpkin and apple. (also, grab some pastries for later, you will not be disappointed)

Considered a Portland landmark for most, this small donut shop has been around for ever. I think at least since the 1960s but I’m not 100% sure. They have the most amazing crullers and serve up both raised and cake donuts. The donuts are so good and perfect with a cup of coffee. Be sure to also check out their pastries, they are old school with thick sugary white frosting. They provided some deserts for my wedding and the owners are related to my mom in some way but I am in NO way biased here. Their motto is “Life is uncertain, eat dessert first”.

Congdon’s is a family owned restaurant and bakery that has been in business since the 1950s. Try a pillowy soft sugar raised doughnut or lemon filled on your way home from the beach. That’s my favorite thing to do!

One of the newest shops on my list, HiFi was an instant hit in foodie central Portland. They bake up cake, cruller and yeast donuts. The yeast donuts are a bit unique because they use a local beer in the dough which gives it a touch of hops flavor. Lemon & Lavender Lace, Salted Matcha and Honey Dip are my current favorites.

Delicious old fashioned style donuts that are worth a try when in the midcoast area. They have both cake and raised donuts and have the yummiest Maine blueberry donut you’ll ever try. They don’t have a website but you can find them at 1084 Commercial Street, Rockport, Maine. Look for the yellow building!

These food truck mini donuts come by the 6 pack or 25 variety. They have traditional flavors like cinnamon sugar, glazed and lemon but if you’re feeling like something a little different try the Bamm Bamm which is topped with fruity pebbles or the 007 dipped in maple and topped with bourbon cream and candied bacon.

This is the perfect stop to fuel up before doing some shopping at the Kittery outlets. Lil’s Cafe is known for their fresh crullers and they often sell out. Traditional and cinnamon sugar are regularly on the menu but they also have seasonal flavors like lemon lavender, chocolate peppermint and strawberry. If you’re more of a filled donut kind of person they Lil’s has you covered there too. They bake Berliners, which are a fluffy, yeasty, raised donuts. These donuts are often filled with lemon curd, raspberry jam, or seasonal pumpkin (my favorite!)

A donut with a Maine twist is what The Holy Donut is baking up. Northern Maine is known for its potatoes and this bakery discovered that adding potatoes to your donut dough gives them a delicious moist texture. Dark chocolate sea salt, ginger sugar and seasonal chai are my favorites. If you’re looking for a donut that will keep you full well past lunch try the bacon cheddar filled donut.

Well, there you have it, my must try Maine donuts! Let me know your favorite donut shop in Maine or elsewhere. You know I’m always up for an adventure 🙂

Oh and fun fact, did you know that donuts didn’t always have holes? Donuts with holes were invented by a Mainer! Hanson Gregory is credited with inventing the donut’s hole in 1847, he was just 16 years old at the time. He thought the fried balls of dough were too greasy so he suggested punching a hole in the middle so that the inside would cook as evenly as the outside. It solved the greasy problem and created the donuts we know today. 🙂

Subscribe to Blog via Email
Instagram
New Post! 🎄 Sharing some Christmasy things to do around Portland on the blog today! 🔗 in profile! 🎅🎄❄⁣
What a weekend ❤️🎄😍 ⁣
Happy Friday! I love slow start mornings, just laying on the couch with Charlie wrapped in my black cat blanket. #catlady 😉 This week’s finds include some leftover ideas, a Christmas craft, a warming beverage, and some tips for shopping small. 🔗 in profile!⁣
I hope your Thanksgiving agenda was as wonderful as mine. (Agenda prepared by our niece and nephew 😊…so cute) ⁣
New post! Sharing some of my favorite breweries in the Portland area on the blog today. 🍻Cheers to a two day work week! 🔗 in profile!⁣
There’s just something about fresh, salty air 😍 ⁣