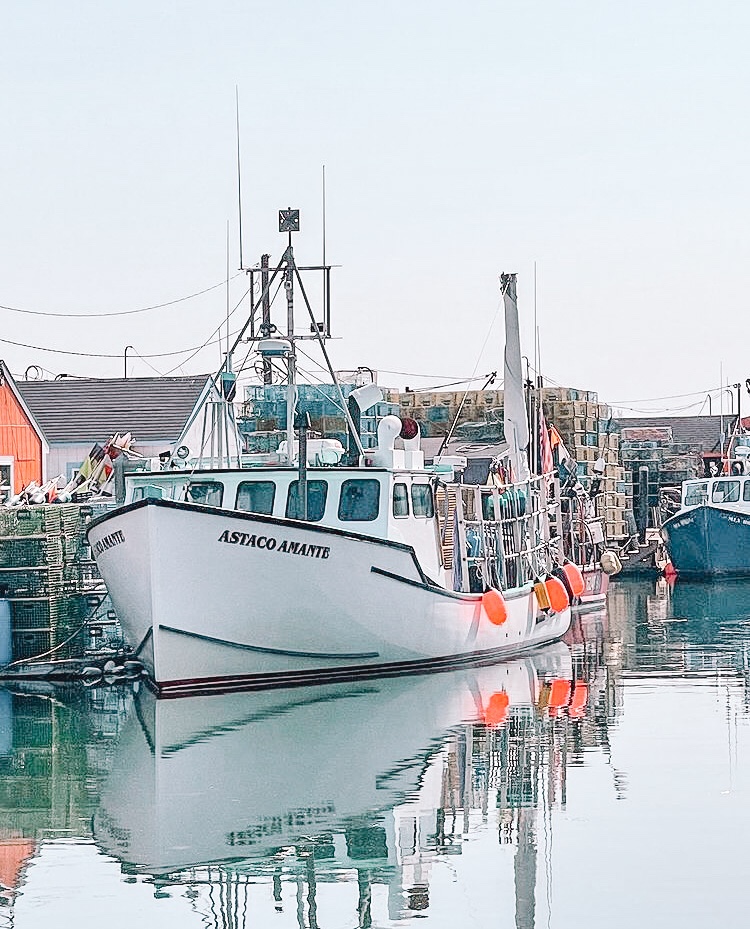 Spring is finally here, the days are getting longer and there is no snow in sight. Yay! It’s the last Friday of March which means it’s time for some Friday Finds! This week’s finds include a tablecloth I can’t afford, a spring cocktail, a Paris apartment tour and some April Fools fun facts.

My cousin shared a post on Instagram of an embroidered tablecloth that was so eye catching to me that I needed to know where I could get my hands on one. Turns out they are made in France (of course) and they range between 288-1200 Euro that’s roughly 300-1300 USD. They are antique linen and cotton hand embroidered so I understand the price tag. Maybe I could splurge on a table runner or some napkins 🙂 I really like the Country Path table runner and Béarnaise Table tablecloth.

I made a yummy drink this week. It’s nothing fancy but it’s tasty and will give you a good dose of Vitamin C. Fill a tall glass with ice, pour in a mini seltzer/club soda (7.5oz), 1 shot of Cachaça or Light Rum, top with Tangerine juice and squeeze of a lime wedge. Super simple, somewhat tropical and full of immune boosting juice. You can make this without the booze for healthier drink. 🙂

I was looking at apartment rentals in Paris for an upcoming trip and I stumbled across this article. An American living in Paris, Tiffanie Davis found a fully furnished 320-square-foot one-bedroom apartment in Montmartre for 1200 USD. The apartment is super cute but I don’t know if I could live in such a small space. Andrew and I live in a….1300ish-square-foot three-bedroom apartment and sometimes I think I need more space, ha! Tiffanie has her own youtube channel so of course I went down the rabbit hole of watching her life in France. There’s a video in the article that’s a bit more polished of her apartment and the one below is more of an up close tour.

I love to learn how other countries celebrate holidays. I honestly thought that April Fools Day was just an American holiday but apparently it’s been celebrated for so long that it’s origins are difficult to find. There’s a theory though that it occured after the switch from the Julian calendar to the Gregorian in the 1500s. In the Julian calendar, the new year began around April 1st, so those people who were not aware of the switch were referred to as “April Fools”. Interesting right? Check out some traditions here.

Have a great weekend!