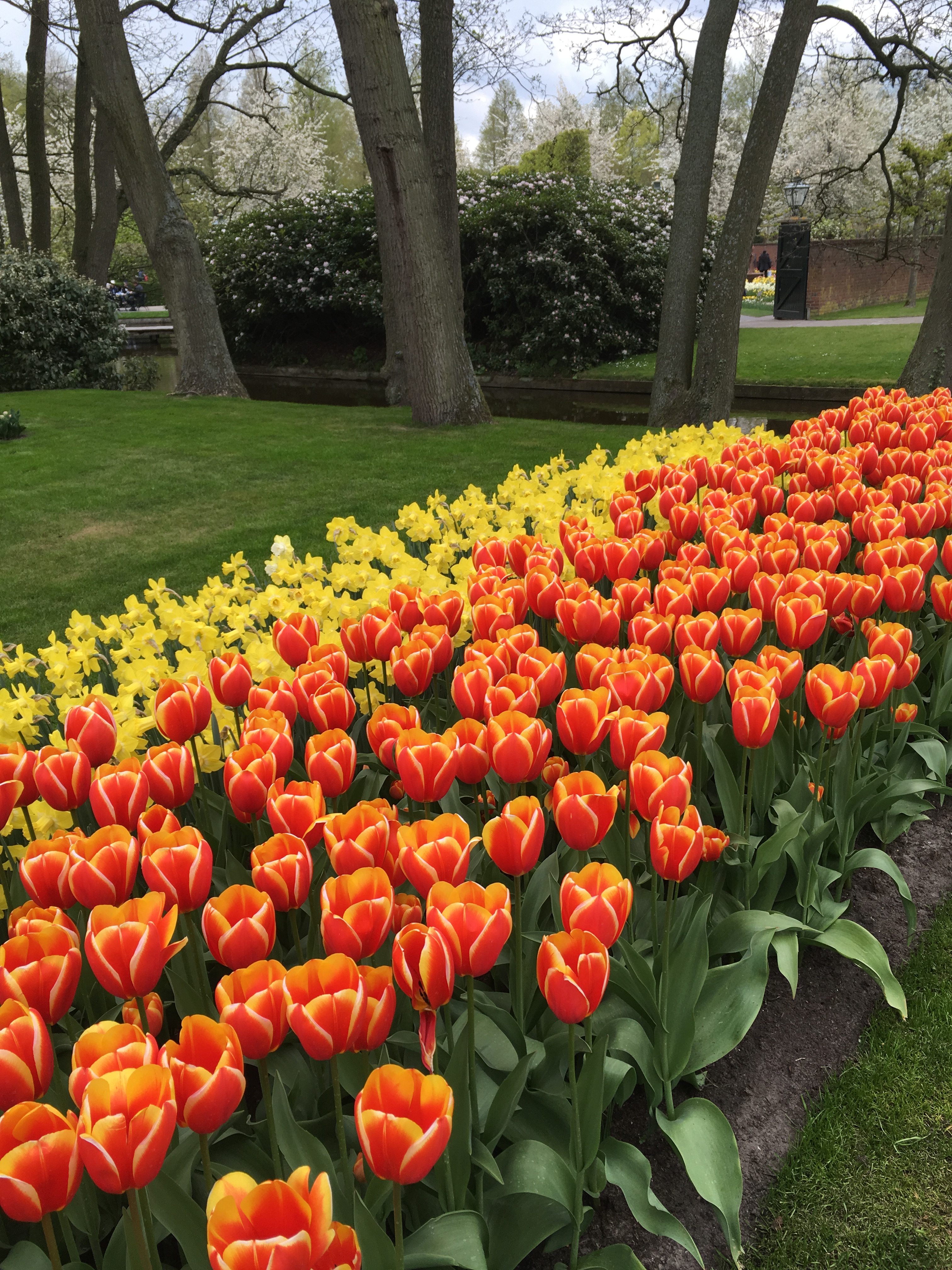 The Netherlands is world famous for their tulips so when April break rolled around visiting Amsterdam to see the tulip fields was the perfect choice. Many people visit Holland in spring in order to see the endless colorful bulb fields and I was so excited to be one of them. After doing some research I found that one of the best places to see tulip fields in the Netherlands is the area around Lisse, which was about an hour from Amsterdam. One of the best-known flower gardens in the world – Keukenhof, is in the same area.

When we got to our hotel the people who worked at the front desk were super helpful in pointing us is in the right direction to get to the Keukenhof, which means Kitchen Garden in English. We had options to get there, which was nice, there was a bus that could pick us up right near the hotel but it involved a couple of transfers or we could take a bus from Central Station. We ended up signing up through the tour company to take the bus from the central station, it seemed to be the most direct stress free route. I think we were the youngest people on the bus.

Keukenhof is probably the most touristy thing that we have ever done while traveling. The place was enormous; full of flowers, people and selfie sticks. The flowers were beautiful but the amount of people that they allow in at once made the experience not as enjoyable as it could have been. I’m glad that I was able to go but I don’t think I would go to Keukenhof again, or I would arrive right when it opens at 8:00.

When we met up with a friend later that day she said that Keukenhof is very touristy and that her and her friends were going to check out the tulips in a few days but they were going to rent bikes in Lisse and ride by the tulip fields. I think that would be a great choice for people who aren’t huge on crowds and selfie sticks. There are even routes that are mapped out for you here.

So for first time tulip seekers, Keukenhof seems like an obvious choice. You can walk around the 70 acre park and be quite impressed with the collection of blooms, they plant over 7 million bulbs boasting more than 800 different types of flowers. Learn from our mistake though, DO NOT VISIT AT NOON, it’s clearly prime time and we should have known better. Try to go right when they open at 8:00am for the best pictures and less crowds. Although I have to say we were still able to get some great photos and none of these have been filtered/edited in any way. The colors were just popping!

We still had a great time looking at the pretty posies, next time maybe we’ll try exploring on our own. 🙂