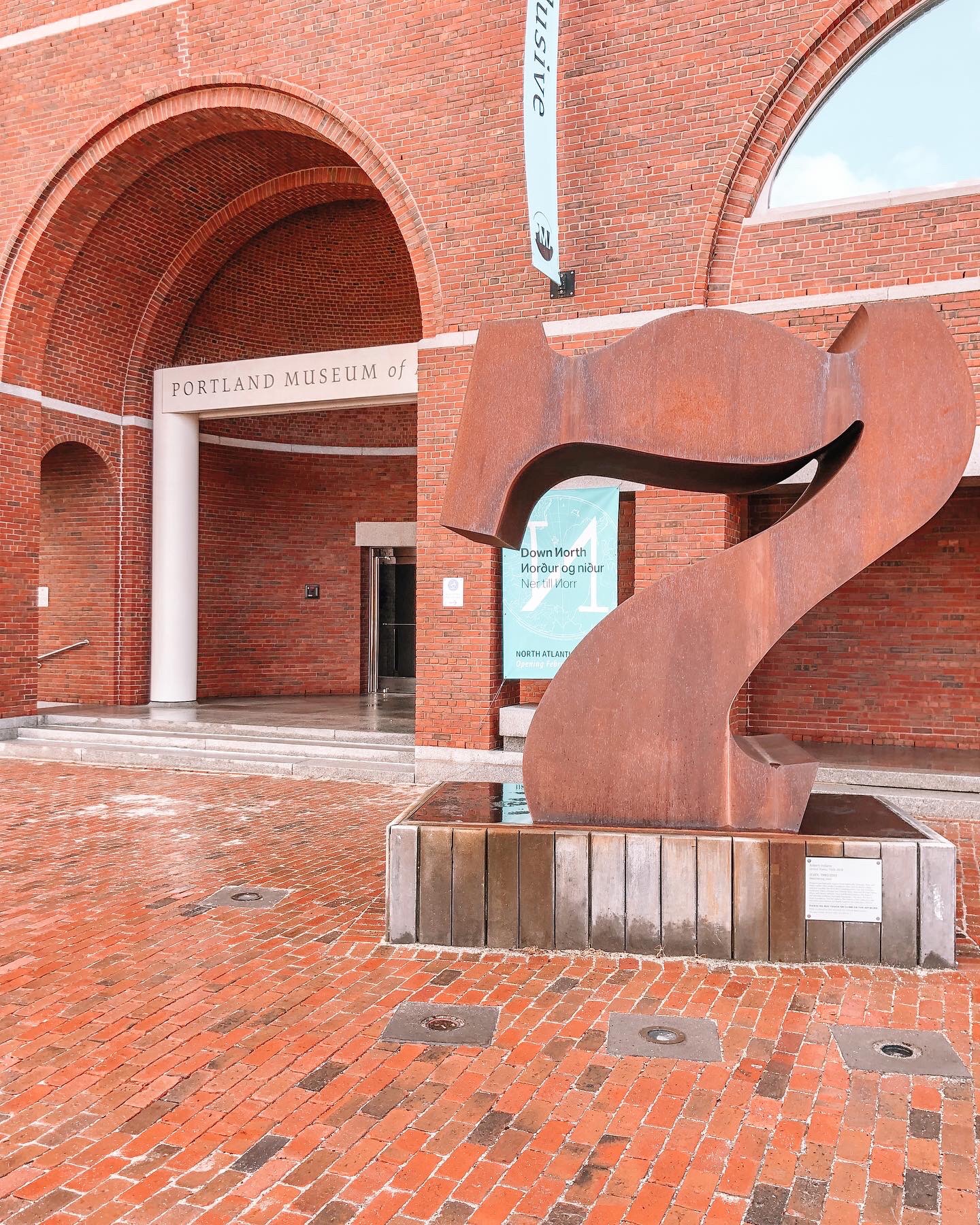 A Visit to the Portland Museum of Art

Portland, Maine is a small city. It makes the newsstands quite often but with a population of about 67,000 it’s no NYC or even Boston (which has 600,000 more people). That being said, this small city is very rich in culture. Our local art museum is a relatively small and unassuming building but it holds some incredible works of art. Want to check out a Monet? They have one. A Degas or Renoir? No problem. Wyeth and Homer? Right this way. This small museum is always worth a visit but I wanted to check out a recent exhibition called North Atlantic Triennial, the first exhibition devoted entirely to contemporary art of the North Atlantic region.

The North Atlantic Triennial features both emerging and established artists. The works come from Maine, Greenland, Iceland, Norway, Faroe Islands, Finland, Canadian Maritimes, Sweden, Denmark and Indigenous Nations throughout the region. There was a great mix of pieces; paintings, sculpture, mixed medium, they covered it all. It was such an interesting exhibit, below are some of my favorites.

One of my favorite installations was by Jordan Bennett. Bennett lives and works on his ancestral territory of Mi’kma’ki in Terence Bay, Nova Scotia. His piece 13 Moons:Full Suite showcases the moons in the Mi’kmaq year. His use of bold patterns and colors is eye catching, I was immediately drawn to this wall. Rivers About to Freeze-Keptekewikús was my favorite moon.(2nd from the bottom left)

Fun fact: Indigenous peoples have measured the year by a lunar cycle of 13 full moons, which are visible every 28 days over the course of the year.

Flukt Forover 2 (Escape Forward 2) by Ann Cathrin November Høibo was another favorite. I love how rough and exposed her work is. She had two tapestries in the collection. The use of wool in her work is a nod to sheep, one of the oldest livestock animals in Norway. Høibo mentions how wool is so essential for survival along the Norwegian coastline, and sheep are a crucial animal in the region. This piece Flukt Forover 2 is made from hand woven coconut fiber, tulle, and stones.

Arngunnur Ýr is an artist from Iceland. She paints the most beautiful landscapes and is also very aware of how her local land is changing. Over the past few years it’s been even more evident that the glaciers are melting and changing the landscape. This reflects in her paintings, depicting more of the ice melt. You can never call her painting are boring, Ýr prefers to paint with “incorrect” colors which make her landscapes extra dreamy.

Torne STYX, by Anders Sunna really jumped out at me. It was unlike any other piece in the exhibition. It was very dark and almost sinister looking. This piece depicts both physical and mythological worlds. Torne is a river in northern Sweden and Finland, and Styx is the river in Greek mythology that separates the world of the living from the world of the dead.

Then you have a skeletal figure that looks like Death looming over it all while checking his watch. (creepy) The water in the painting is actually a collage of historic Sápmi images, photocopies of forestry and mining, and the artist’s own family album painted over. This piece had a lot going on and I spent quite some time taking it all in. Anders Sunna comes from a family with a long tradition of reindeer herding, in the 1970s family lost their right to herd reindeer due to changes made in the law. This caused a lot of struggle within the community of Sápmi. You can sense that in this piece.

If you have a chance you need to experience these pieces and more for yourself, the exhibition will be at the PMA until June 5,2022.

Here are some of my new favorite pieces outside of the North Atlantic Triennial. Plus my absolute favorite piece in the museum, I don’t know what it is about New York-Paris No.2 but I am just drawn to it. I want to live in that painting at the Hotel de France, drink suze and eat croissants.(well, maybe not drink suze)

I hope you enjoyed a little glimpse into my local museum. Portland, Maine is pretty lucky.