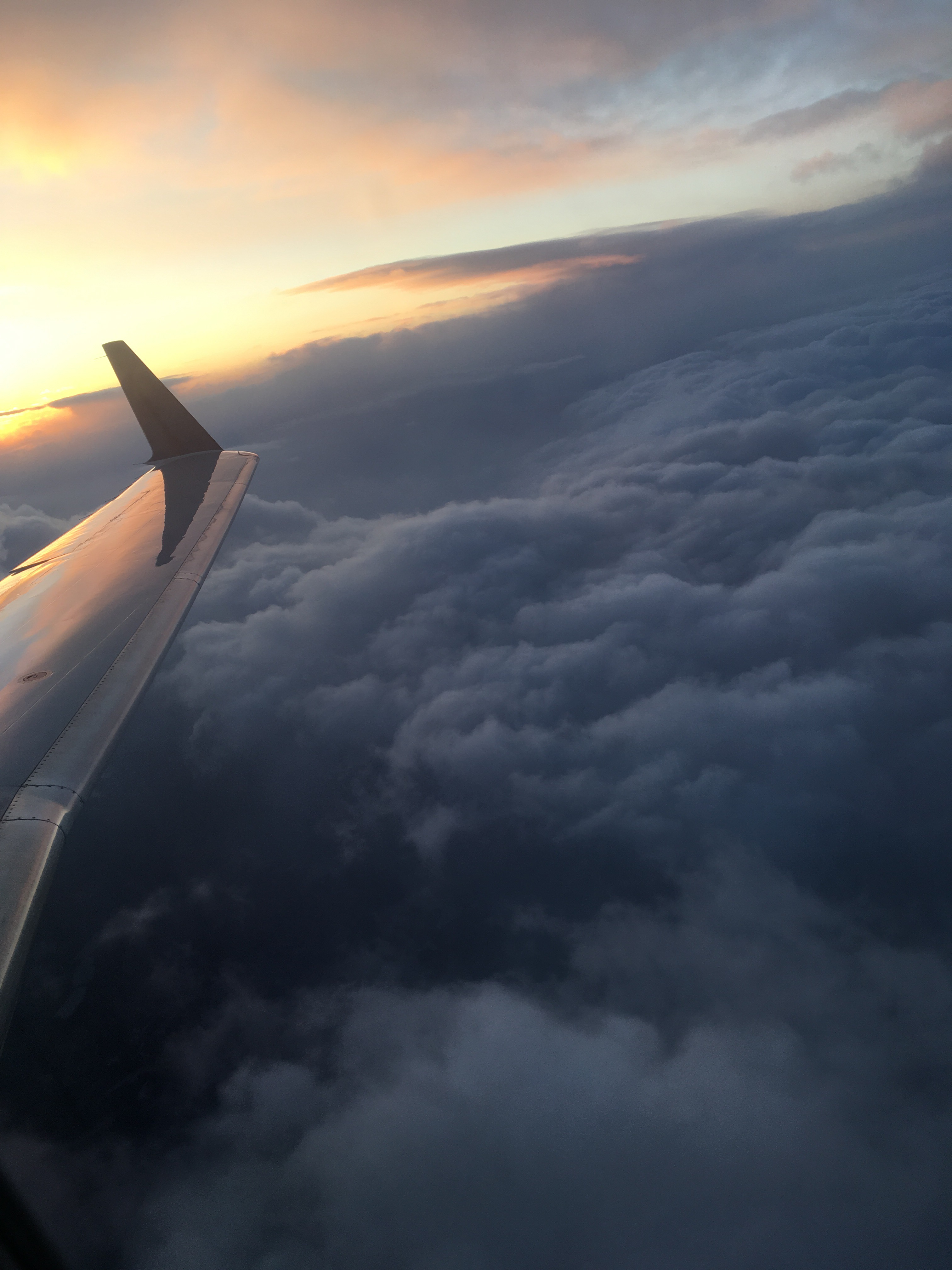 You know those t-shirts that say I heart NY? I feel like they were more popular in the 1980s and 90s , in fact I didn’t see one vender selling them on the streets the last time Andrew and I were there. Well I used to have one, I made my parents buy me one on my first trip to NYC. I was in 5th grade and we went for Thanksgiving  to watch the big parade. I’m a big fan of parades, to this day I watch the Macy’s Day Parade on Thanksgiving every year, it doesn’t feel like Thanksgiving without it. That little holiday trip, which also included spaghetti and meatballs as our Thanksgiving dinner, began my love for New York.

When I found out that I got the job for the airline I was super excited about all the trips that we could go on….Ireland, San Francisco, Amsterdam, Brazil … Then I overheard some of the ladies at the break table saying that they just flew down to NYC to get their hair done and caught the last flight back to Portland. Um excuse me? You flew to New York just to get your hair done? That’s crazy! I never realized that the city that I love was a short plane ride away, an hour or less. We had always driven or taken a bus. This would be our first NonRev trip with my flight benefits.

When we arrived at the LGA we caught the bus to Jackson Heights and by that point we were both super hungry so we stopped at the closest place we could find. We ate lunch at Little Tibet, the food was delicious and super cheap! We both ate (with leftovers) and had a mango lassi for under $25, after we hopped on the subway to Manhattan.

We were staying at the Stewart Hotel on 31st Street, right near Madison Square Garden. We were not expecting much, I had booked it last minute  and it had mixed reviews but the location and the price were right. We were pleasantly surprised by this hotel! The staff were super friendly and helpful, the room was lovely and clean.

I also liked all the vintage touches that they left to the building, like the mail shoot. The interior was very art deco which I LOVE.

We wanted to explore our area and get a good beer once we were settled in. We were told to check out Jaspers and from there went to As Is, we ended our first night with some yummy ramen and too many beers.

One of our favorite things to do when we’re in NYC on the Saturday or Sunday is to check out the flea market in Hell’s Kitchen. We grabbed some breakfast at Friedman’s, we ate at the bar and chatted with the super friendly bartender while Justin Timberlake’s FutureSex/ LoveSounds played in the background. I was in my happy place.

When we were done with our hash and chilaquiles we walked a couple of blocks up to the flea market. We’ve gotten some really cool things at this market. They have everything from really funky jewelry to vintage posters and advertisements. Plus the people watching is fantastic.

After grabbing another coffee we checked out of our hotel and made our way to Battery Park.  We stopped by the 9/11 Memorial on our way, it gives me chills to even think about the horror of that day. The Memorial is a beautiful way to honor the people who lost their lives on that terrible day.

We caught a glimpse of Lady Liberty and then we NEEDED to find some pizza.  You don’t realize how much you don’t walk until you’re in a city where you walk everywhere.  I’m pretty active but by 1:30 I was starving, we totally burned off the calories from breakfast and I was starting to get hangry.

We couldn’t leave the city without getting a slice of pizza from Bleecker Street. It’s the best pizza in our opinion and we needed a slice before heading back to the airport, it’s always a must eat when we are here

We were in NYC for a little over 24 hours. We flew out of Portland at 11:30am on Friday and flew back at 6:10pm on Saturday. It was the perfect little getaway and we can’t wait to hop on a plane and return. Maybe just for a slice 🙂