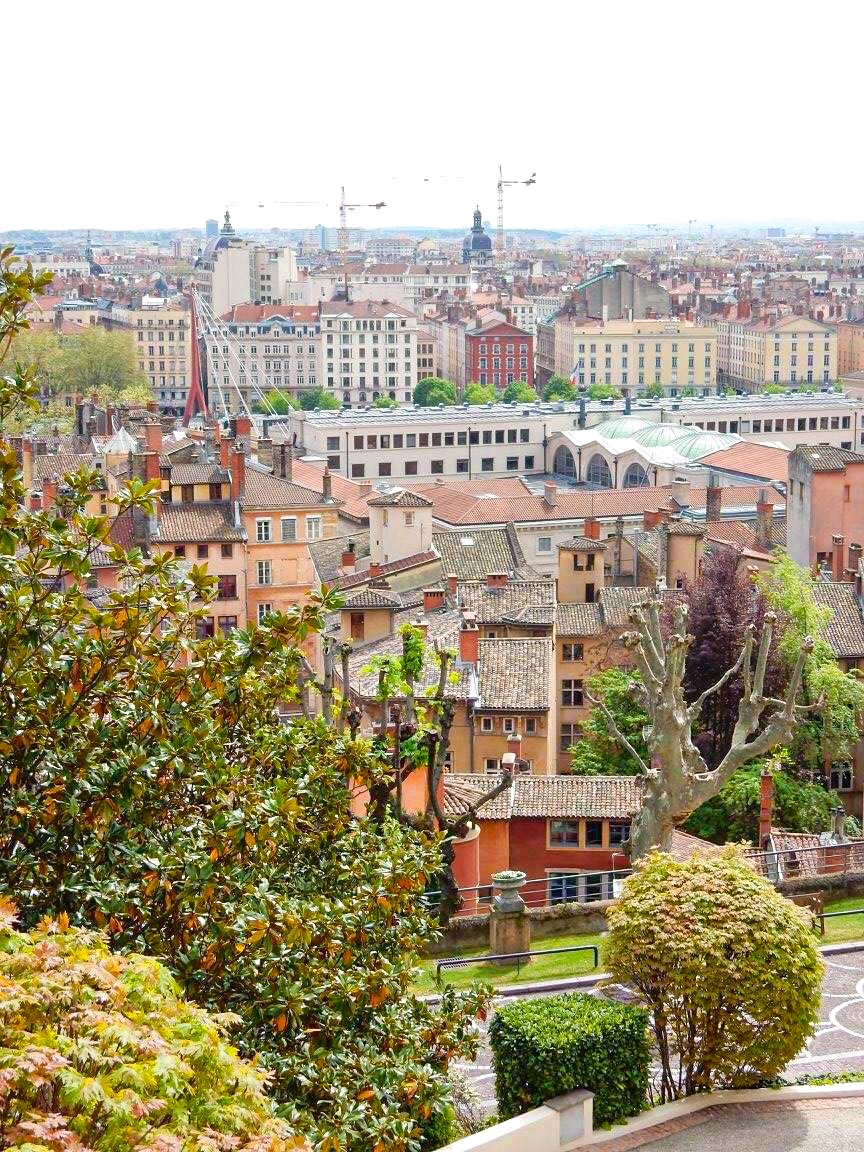 I miss traveling. I know that people are out there exploring again but I’m afraid I’ll get stuck somewhere so I’m remaining close to home. The other day I opened up my old laptop and went through some pictures. We have been to some incredible places and many that I would love to see again. One of those places is Lyon, France. When people think of France they automatically think of Paris but did you know that Lyon is the foodiest city in France? No wonder I liked it so much.

Our stop in Lyon was part of our road trip in 2016. We started in Paris, drove to Bayeux, then to St. Malo, over to Nazelles-Négron, and then to Lyon before heading across the border to Switzerland. It was a wonderful trip and we were able to see so many places in a short period of time. We were only in Lyon for two nights but we discovered some great things there. Here are some things that you should check out.

Lyon is known as the stomach of France and for good reason. Although the traditional Lyon cuisine is a bit heavy, it fuels you up for all of the walking you’ll do around the city. Café des Fédérations ,a traditional bouchon serving up Lyonnaise favorites, is a must stop. Make sure you go in hungry because the amount of food is crazy.

For only 28 euros per person we got four appetizers, a main course, cheese plate and dessert. I basically waddled out of there but every bite was so good. This bouchon also has very quirky decor, the bathroom doors were one of my favorite things! I’ll leave that as a nice surprise if you ever visit, I can’t tell you everything 🙂

Take the walk up to visit the Basilica

This is where those big, hearty meals come in handy. The walk up to the Basilica of Notre Dame de Fourvière is quite steep, I honestly didn’t think Andrew was going to make it! (hahahaha) We did survive the trek and the view was beautiful along the way. Later in the day though we discovered that there was a funicular that would have taken us all the way to the top. I’m glad that we got our steps in but we did take the funicular on the way down.

The white Basilica of Notre Dame de Fourvière is beautiful. It was built between 1872 and 1884 by private funds, like the Sacré Coeur of Montmartre in Paris. Inside you will find stunning mosaics, beautiful stained glass and a crypt of Saint Joseph,. Fourvière Basilica is a spectacular landmark to visit in Lyon, and the view from the top is mind-blowing.

The Lyon food market, officially called Les Halles de Lyon Paul Bocuse, offers an incredible variety of French foods to try. The amazing indoor market that bears the chef’s name is worth the visit. Everything inside this shining temple of gastronomy is beautiful, edible and presented in the very best way. You can find rows of hanging sausages, the fanciest looking whole chickens and a huge assortment of pates. In the patisseries you will find picture perfect quiches and macarons in every pastel shade known to man. Between the stalls are lots of little coffee bars and bistros where you can enjoy some of these yummy things.

When you think of Lyon, Roman ruins may not immediately come to mind but is actually one of the best places to see Roman ruins in France. The most impressive Roman ruin in Lyon would has to be the Fourvière amphitheater, more commonly known as the Lyon Roman amphitheater. This was the amphitheater where, according to legend, St. Blandine (a Christian martyr) was thrown into with lions that wouldn’t kill her. Romans then added bulls to the amphitheater; they still wouldn’t kill her. Roman soldiers ended up killing her with their swords. This was in 177AD, pretty gruesome.

This area gets a lot of use even today! We witnessed a man run up and down the steps for almost an hour getting in his workout routine. A group of school children, perhaps on a field trip. And many people were sitting and eating their lunches while enjoying the views. It’s a must see while visiting the city. Plus you already made the trek up to see the Fourvière Basilica and it’s very close by.

Located on the former site of a French military health school (École de Santé Militaire) this museum chronicles the French Resistance as well as Jewish deportation in World War II. The school was occupied by the Germans in the spring of 1943, and used by Lyon’s Gestapo chief, Klaus Barbie, to torture resistance members. Andrew is a lover of history and is particularly drawn to all things WWII so this was a must stop for us. It was very interesting and moving to say the least.

I loved looking back through some old photos and remembering our trip to Lyon. This is a fantastic city that I would love to visit again some day. There is still so much to see and eat! Once it’s safe to travel be sure to add Lyon to your list of places to see. You will not be sorry!

Subscribe to Blog via Email
Instagram
Maine Sundays ⁣✨
Do what brings you joy in 2022 ❤️ we usually take our tree down after the epiphany but I got really sick and we were still enjoying the coziness of the twinkle lights. So Andrew and I said screw it, we have a valentine tree 😂🥰 one of the perks of having a fake tree 😉 ⁣
Happy Friday! 😊 Sharing some more finds today on the blog. This week’s finds include an at home pedi kit, a pretty pink mocktail, a Frenchie newsletter, and a quick dinner idea. 🔗 in profile.⁣
Obsessed with this print that showed up today in my mailbox! 🎨 Check out CityPrintArt on Etsy! Her work is so pretty 😍 ⁣
One of my favorite things to do when I travel is eat. 🍽 Sharing some French favorites on the blog today. 🔗 in profile.⁣
Slow Sundays are the best on a cold morning. 🥶 It’s currently 6 degrees F outside and I am happy happy inside eating croissants🥐, drinking warm coffee ☕ and watching Archive 81 😉⁣