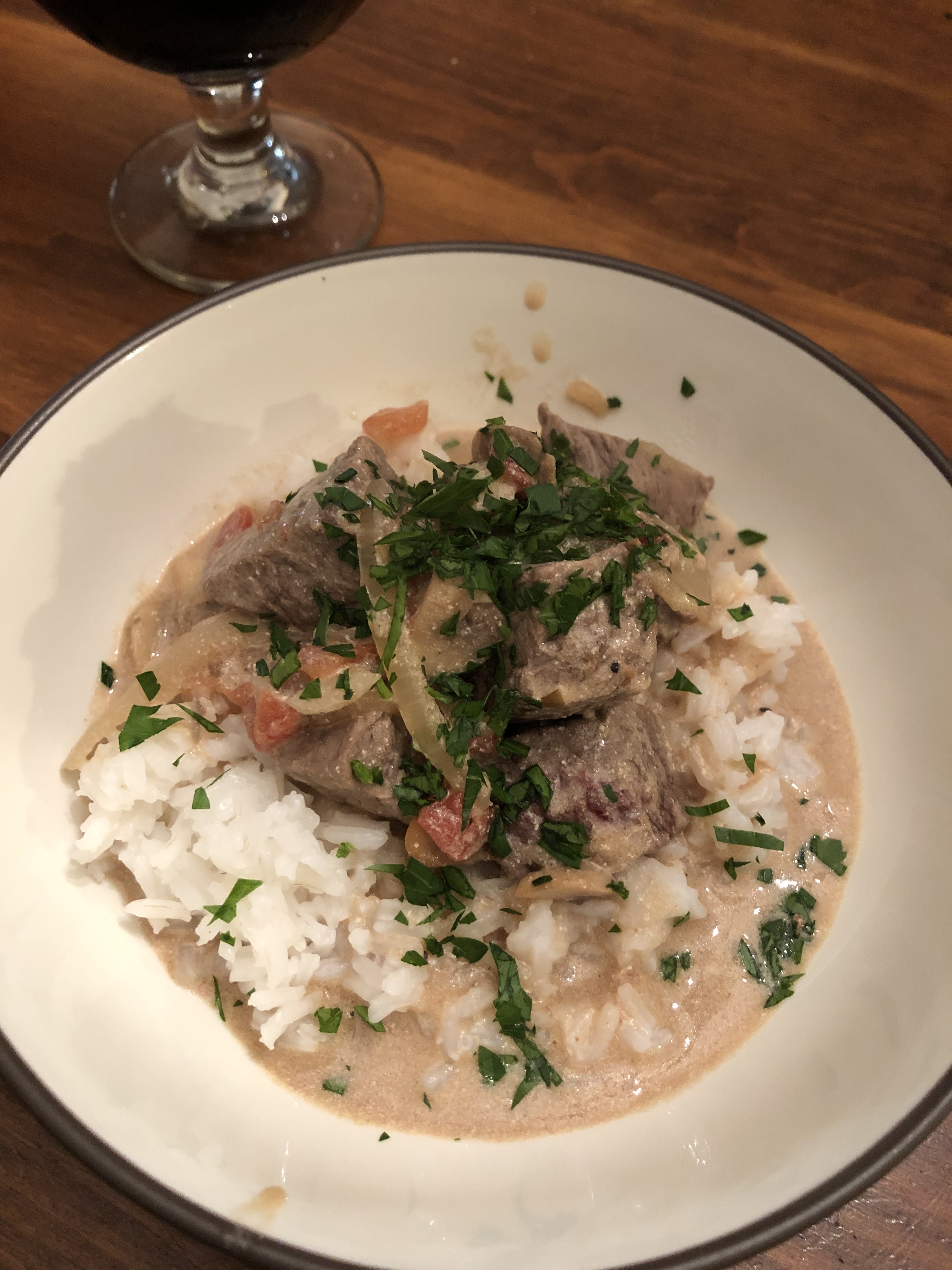 So Sunday Supper turned into Monday Supper last week. I had my meal all planned and groceries bought but sometimes you just want pizza and a good beer and not have to worry kitchen clean up.

Andrew gave me the challenge to pick a recipe without a picture and it was really difficult for me to find something that I wanted to make. I’m a sucker for pictures, I like to see what my food is supposed to look like, that way I know if I nailed it or royally messed it up. I ended up picking a protein and looking through Mark Bittman’s How to Cooking Everything for a beef recipe, I landed on Beef Stroganoff. I know, not very exciting but I had actually never had it and it seems like something that every 1950s housewife would serve.

I did a little research on the history of the dish and found that it was first made in 1891 by a French chef who had entered it in a St. Petersburg cooking contest.  The French origin makes sense because browning the meat to make a pan sauce and flavoring it with mustard is classically French, while beef in sour cream has long been a Russian favorite.  The flavors in this dish work really well together and I can see why this dish won the contest.

An addition that I will add next time is to toss the cut beef in flour before browning, my sauce didn’t come out as thick as I would have liked and I think that will help in the future.

Not the prettiest dish I’ve made but it was quite tasty! Until next Sunday, bon appétit!