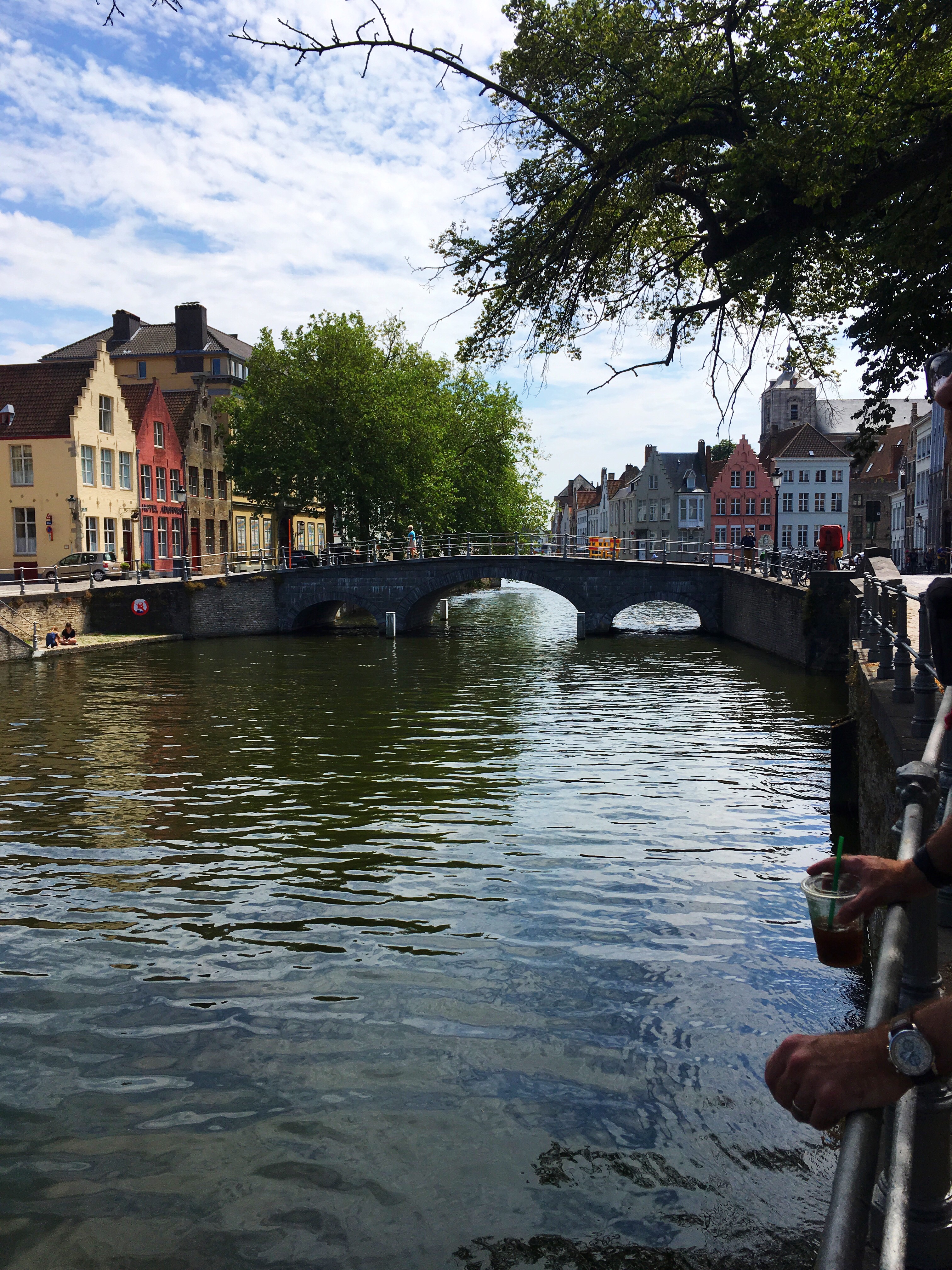 Bruges is a beautiful city; the winding streets, charming buildings and abundant canals really do seem like something out of a fairy tale.  Here are some things that we did while in Bruges.

Stroll Along the Many Canals

Bruges is sometimes referred to as the Venice of the north. The medieval city is filled with canals, take the time to walk along them and just enjoy the beauty of the city.

There was a music festival in the park while we were there but we were still able to enjoy some parts of the park.  You could tell that it was a popular place for locals as well as travelers. And there are swans! So that’s always a plus for me. 🙂

Walk around Grote Market at Night.

The market is the central square of the old town area, it’s lovely and lively during the day but at night it is beautiful. The buildings are illuminated and there aren’t as many tourists around.

Have a beer or two…or three.

Belgium as a country is known for its beer. We tried a sample as many as we could! One of our favorite spots was Cambrinus, the beer selection was HUGE and diverse, the frites were also delicious.

The buildings in Bruges are beautiful. Walking along the winding cobblestone streets you can’t help but be impressed with your surroundings.

Watch In Bruges while in Bruges

I had never seen this movie before but we watched it on Amazon our first night there. It was actually really good and quite funny. Colin Farrell’s character killed me! There was a scene in the movie that involved the Belfry Tower and I’m laughing right now just thinking about it. It was neat to recognize some of the places from the film, like the belfry, grote market and the moon sign.

We loved Bruges and would like to visit again. Maybe in the winter next time for a Christmas market.

Subscribe to Blog via Email
Instagram
Different kind of blog post today! 🎃 I’m a big fan of craft projects and I’m sharing 4 simple crafts you could do to make your home festive and cozy. 🔗 in profile ⁣
“I'm so glad I live in a world where there are Octobers.” - Anne Shirley ⁣
Afternoon bike ride 🚲
I wish I was ordering my main course while waiting for my welcome mimosa in Delta One right now. ✈ Hope to travel somewhere soon! ⁣
Sharing some Festive Fall Mocktails on the blog! 🎃 I love the flavors of Autumn; spicy cinnamon, earthy pumpkin, tart cranberries and crisp apples. 🍂 There are so many creative, non-alcoholic beverages that you can conger up. 🔗 in profile⁣
Oh hey pumpkin 🎃🍂 ⁣